If you like your vehicle to be sporty and stylish with a bit of an edge to it, SUVs and crossovers are two types of automobiles that fit your bill.

They are often confused and, at first glance, seem to be the same thing. However, Streetsville Hyundai aims to settle the confusion by outlining the differences between Hyundai SUVs and crossovers while explaining the appeal of each to certain drivers.

What’s the Difference Between an SUV and a Crossover?

What separates the two is the platform that each vehicle is built on. An SUV is built on the exact same platform as a truck using a body on frame design. This means that the vehicle’s body and frame are built separately before being attached later on. The crossover, meanwhile, is based on a car's design, building the body and frame as one piece.

SUVs, for the longest time, were built while using pickup truck models as the foundation for their construction. As a result, SUVs were (and still are) built to be more spacious than a traditional car. Using that body-on-frame configuration, SUVs have become renowned for being sturdy vehicles, making them ideal for off-road driving as well as towing and trailering. However, a consequence of their truck-like framework is that SUVs burn more fuel than traditional cars given how heavy they are.

Crossovers are the opposite. Because they use a single-body framework, they feel more like cars and are lighter, more fuel-efficient versions of SUVs. They can pull moderate-sized weights and allow you to get a better handle while behind the wheel. They are also known as crossover utility vehicles because of their ability to multitask.

Reasons to Buy an SUV

An SUV like the Hyundai Santa Fe and Palisade are great option to call on if you’re someone who prioritizes space or likes to do off-roading a fair bit.

Because SUVs have bigger engines and sturdy design, they are better candidates for hauling or towing heavy equipment than crossovers. The Hyundai Kona, for example, has a gross weight of 1,805 kg (front-wheel drive) and 1,900 kg (all-wheel drive), making it a strong candidate to carry any heavy items. It also boasts 544 litres of cargo capacity, upgraded to 1,296 litres when the rear seats are pushed down. The Hyundai Santa Fe is an even stronger recommendation for towing purposes, whether recreationally or professionally. It has a gross weight of 2,145 kg on a front-wheel drive or 2,210 kg on an all-wheel drive, with a cargo capacity of 2,019 litres behind the front seats.

You should look at buying an SUV if you live in an area that requires high ground clearance or want better visibility while driving. 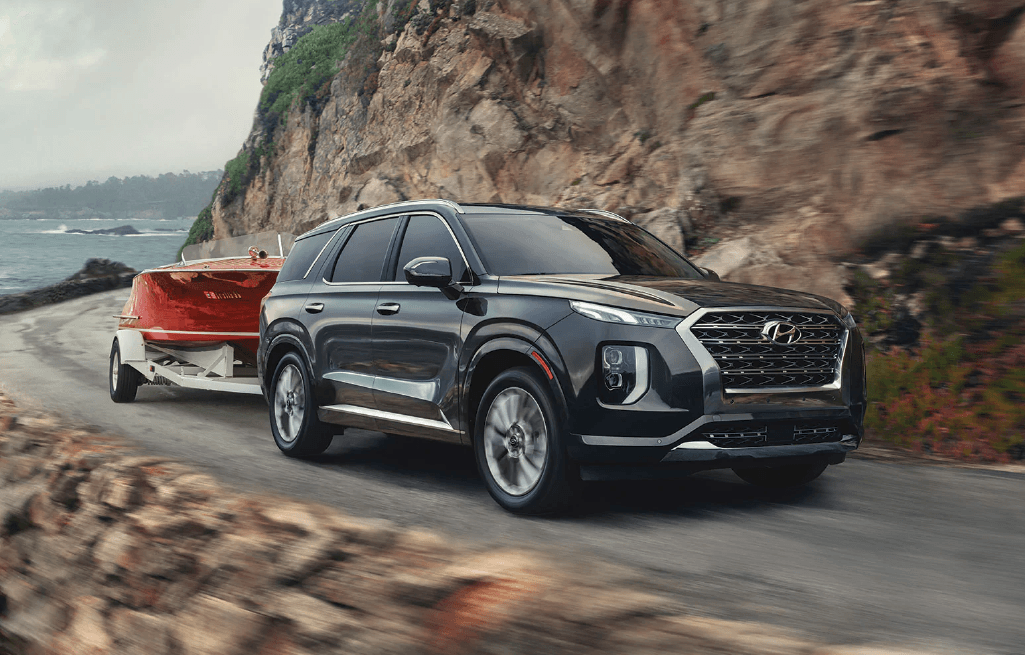 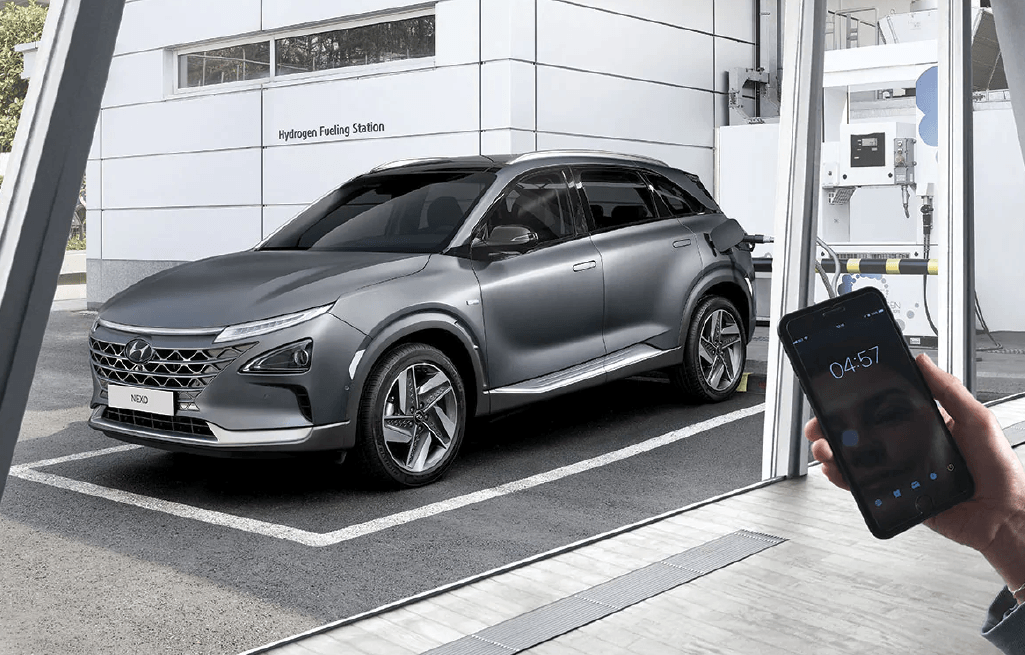 Reasons to Buy a Crossover

A crossover like the Hyundai Tucson or Kona is more suited for you if you happen to drive the highway a lot whenever you’re making a road trip. Because it’s built like a car and a lighter option than an SUV, you’ll find the crossover to be a better, smoother handle for the highway than its counterpart.

You can also hold more passengers in a crossover, which is key if you’re someone with a large family. If you typically don’t tow or haul things and value fuel efficiency, then using a crossover makes more sense for you.

Hyundai SUVs allow you to enjoy the perks of adventure merged with advanced technology. The aforementioned Kona has Head-Up Display and Apple CarPlay to keep your eyes on the road while you stay connected. Meanwhile, the Santa Fe has a available Smart Power Liftgate and roof rack side rails to make cargo-carrying less of a chore. As for the Hyundai Tucson it offers a compact sport design with agility and fuel efficiency to boot. 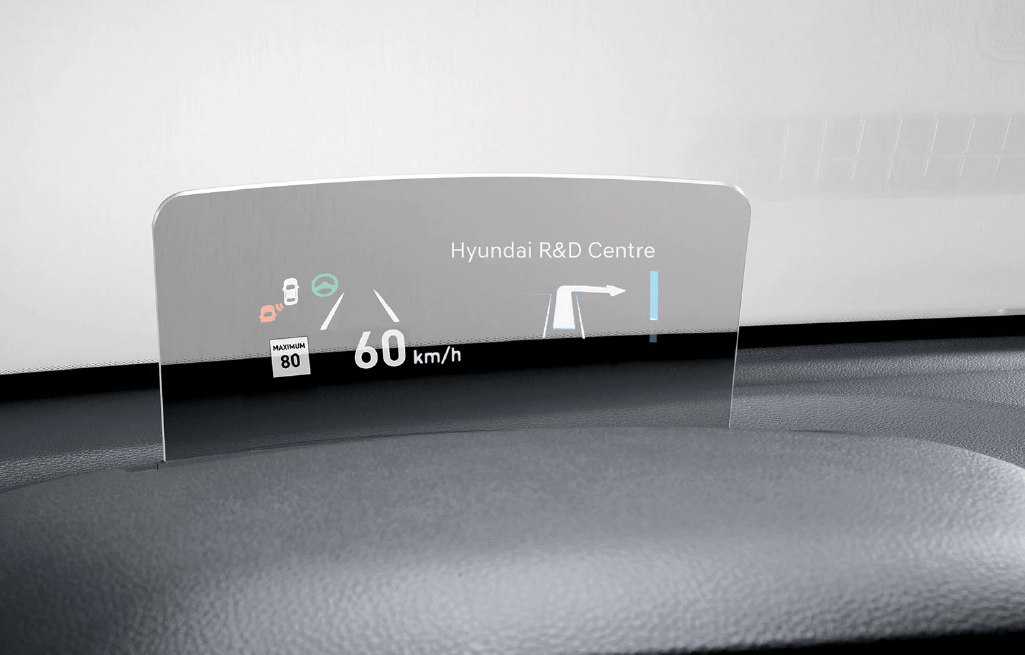 Does Hyundai Have a Crossover?

Hyundai has SUVs that can double-up as crossovers like the Tucson, Santa Fe, and Kona. The Hyundai Kona, for example, is a crossover utility vehicle. It has the manoeuvrability of a passenger car as well as the perspective of an SUV. It has a hill start assist system, which engages the brakes during a stand-still start on a hill to prevent it from sliding backwards. Plus, it contains Hyundai SmartSense, which includes several sensors and systems to keep you in control both on and off-road.

Hyundai will soon release its all-new Venue, an entry-level crossover that is shorter than the Kona, which is the most compact Hyundai SUV. The Hyundai Nexo is also forth-coming and a hydrogen fuel cell-powered crossover SUV, making it an all-encompassing electric vehicle.

Visit Streetsville Hyundai today to get the SUV or crossover that fits your driving needs!